We, and my parents, were invited to have Thanksgiving dinner at Ryan and Sara's house this year. What a great time we had!!! Sara made a brined turkey and it was fabulous!!! We all loved it!!! THANK YOU, Petterson's for an amazing meal and great company! :-) 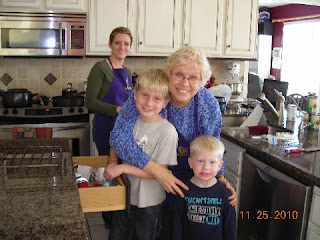 Preston was a little shy at first, but thankfully, they have some great toys-including a train/track. Preston was his usual self after that. 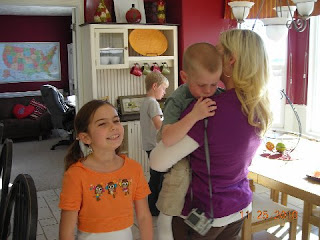 My handsome hubby...he looks annoyed, but he's not. 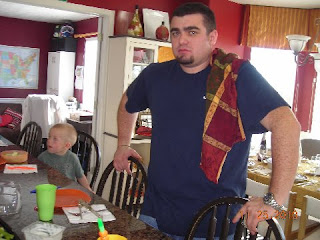 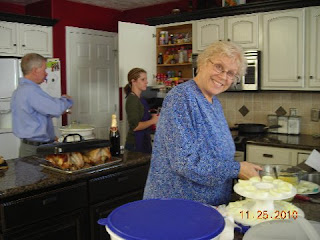 Nothing like watching football on Thanksgiving day! :-)
Ryan and Nick 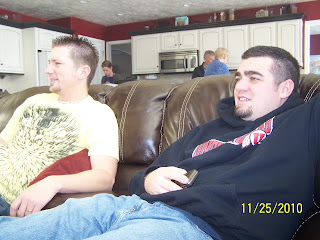 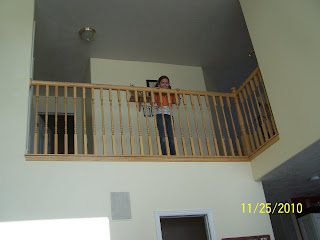 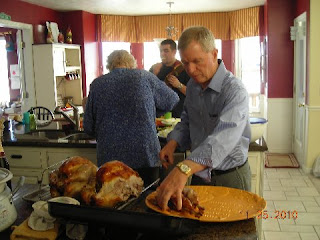 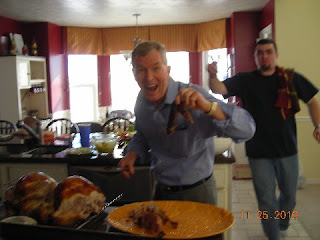 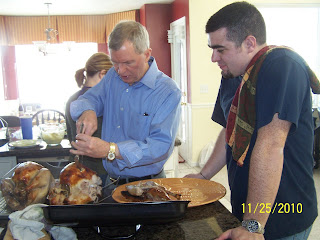 Preston never eats, but he was happy to eat some apples 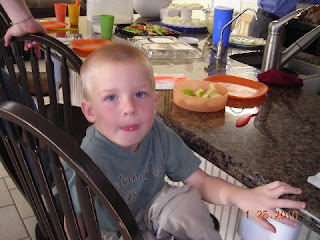 Ryan decided to nap before dinner. 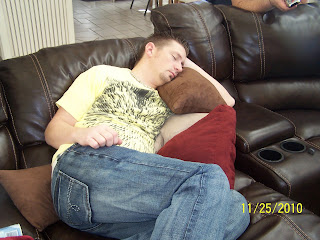 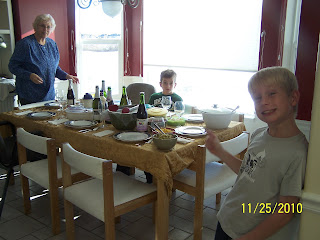 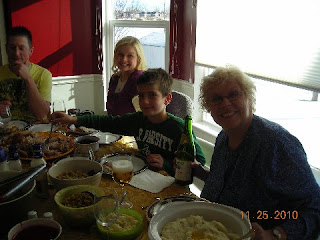 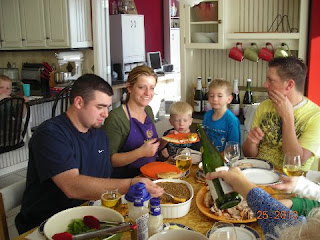 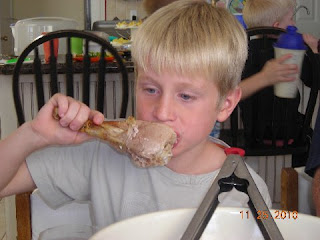 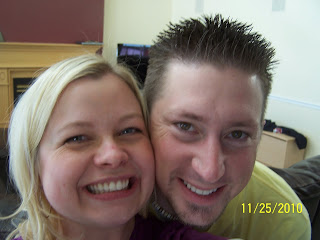 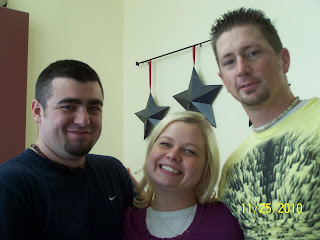 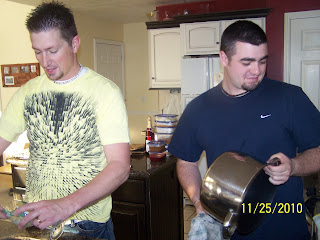 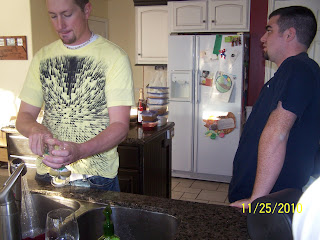 And Sara took a nap after dinner 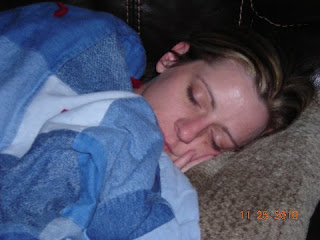 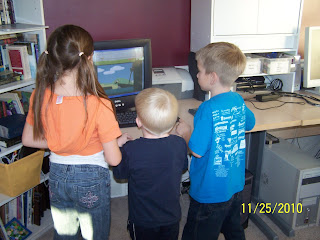