Last week Preston came down with the flu that quickly turned in to a double ear infection. Once we got him on antibiotics his fever broke and he is doing much better...however a couple days later Ash came down with the flu too! What's funny is she kept saying she was feeling just fine, not sick at all, but when the thermometer said 102, I knew she was sick. Thankfully, she only had a fever for 2 days and is much better today! Nick started feeling sick yesterday, but after a fairly good nights sleep, he is feeling better too! I have been able to avoid all illnesses so far, thank goodness!!! :)

Preston fell asleep with his face shoved in to our couch. 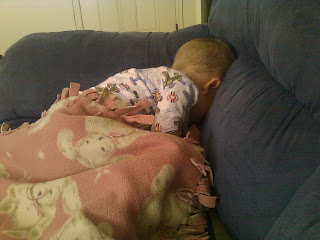 When daddy got home from work he took care of a sick Preston and they fell asleep together.
So cute!!! 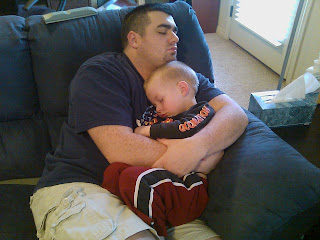 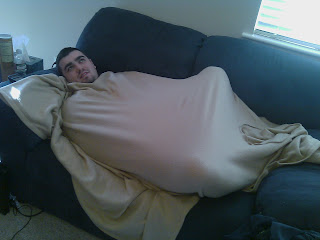 Ash and Preston (both sick) taking a nap on the couch together... 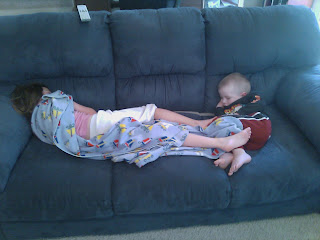 Preston feeling better and wearing one of my jackets... :) 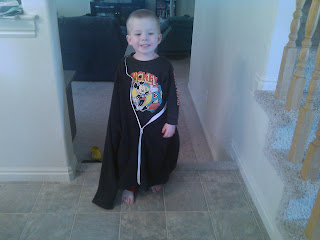