The first couple of days of April were quite eventful for us. I was woken up around 4am by Ashleigh who was sad/scared that the smoke detectors were beeping and keeping her awake. I told her to close her door and try to go back to sleep. At around 7am I called Nick but I was too tired/hysterical to make much sense, but he told me how to change the battery in one of them, then told me to text his dad to come over and fix the other one that was way too high for me. Thankfully, Randy came over a short while later and replaced the batteries in 2 more detectors. Stupid things...they feed off each other, so if one goes off, another one goes off too. I was so happy when they finally stopped beeping! 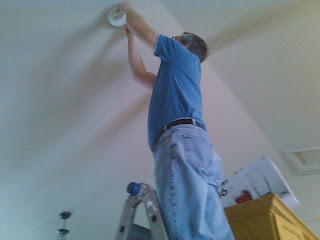 We woke up to some more snow! I will miss that about living in Utah! :-) 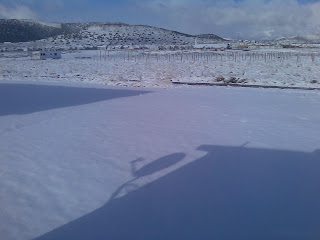 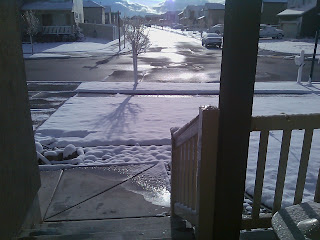 After playing outside all day, Preston came home with his very first sunburn...he got burned on his neck and around his eyes/cheeks. It wasn't a bad burn, but it was definitely there! 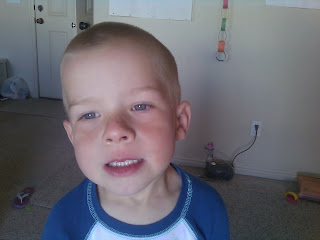 Preston still loves to cuddle with me! YAY! We cuddled for a bit and watched some tv... 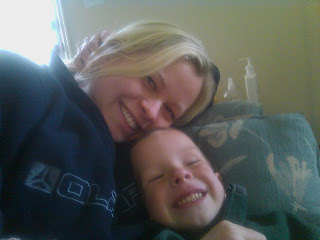 And then he made himself a peanut butter sandwich and ate it with me...then fell asleep in this chair. 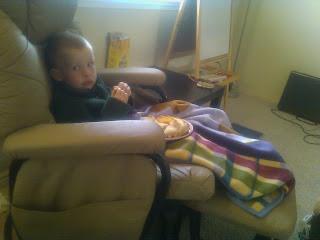