My family got together the other day to go fishing at a lake in Cedar Hills. Myself, Tamsen and Todd, Kevin and Jana, and my parents...along with all our kids came. We had so much fun! It was so laid back and relaxing and enjoyable. We only caught 2 fish--despite the fact that we saw TONS of them in the water just toying with us!

Heading to the fishing spot 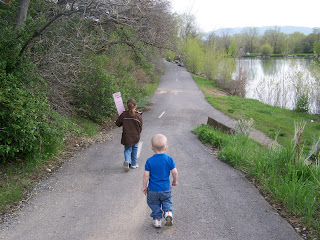 My nephew Braeden fishing across the lake on a rock 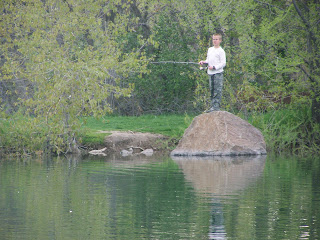 Just before we arrived Maura said to Tamsen-mommy, there is a pole in the water. Tamsen didn't think much of it until when we arrived and Maura made it known that it was HER pole that was in the water. 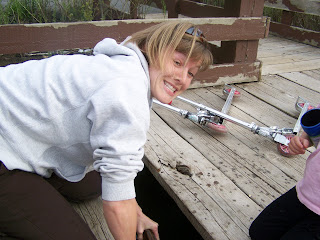 So Tamsen had to make a grabber out of boards she found and after a couple attempts she finally got it! 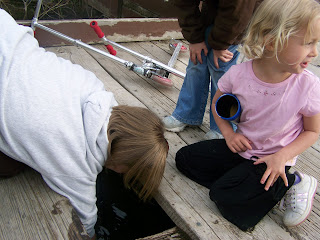 Can you tell how excited Maura is to have her fishin pole back? Lol. 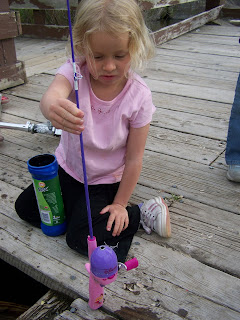 Preston and Maura watching the ducks 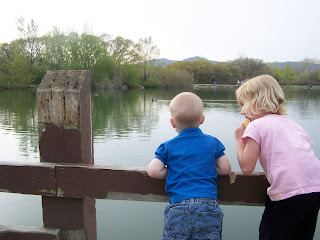 Tamsen and Ashleigh reeling in a fish... 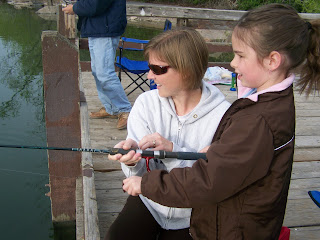 The fish they caught 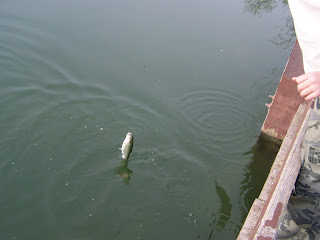 Ash was so excited about her fish, but it flapped around and hit her hand and she flipped out! She wouldn't go near it again! Ha Ha Ha 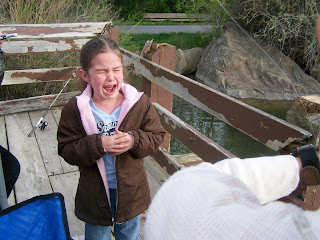 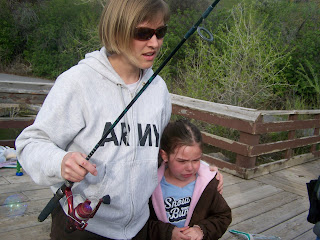 Braeden holding the fish they caught...check out Prestons expression! (the sun was blinding him) 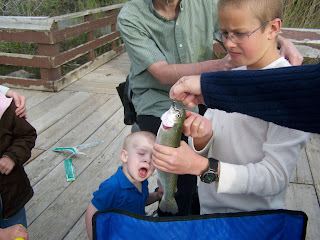 And finally, Ash calmed down enough to get a picture taken with the fish...sort of. 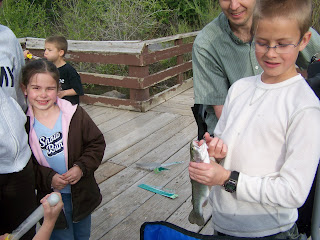 Then grandma took it and let the kids feel it...Maura and Preston 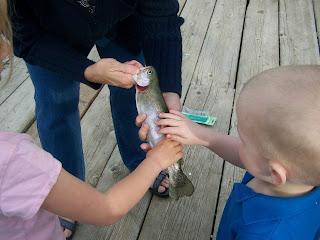 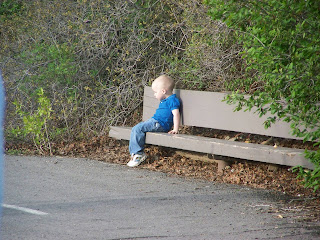 Some of us....I am in the blue chair in the distance. 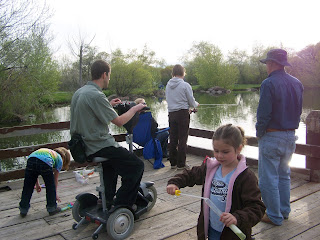 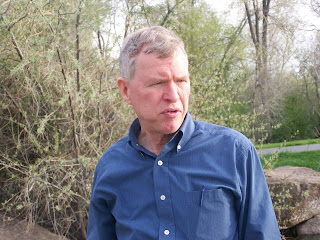 On the dock where we were fishing a couple of boards were missing so you could get to the water below easily. Braeden had this fish...he would put it in the water and then Preston would use the net to scoop it up and then he would yell--I caught a fish! It was so cute! 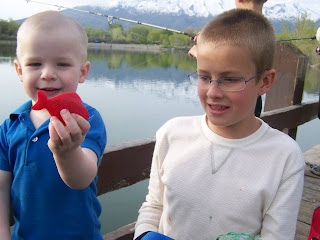 My mom showing Preston and Maura where we put our fish.
And Jana with a couple of her kiddos having a snack. 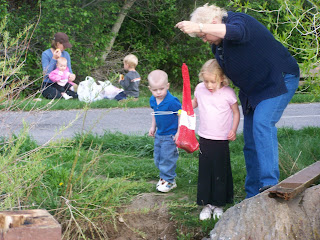 About an hour after we got there Ash told me she had to go to the bathroom. The only bathroom were clear around the other side of the lake--and they were locked! So I told her she could go pee in the woods, or we could go back to the Van, I could give her a diaper and she could pee in that. She didn't like either option and told me she could hold it. Another hour goes by...and she is like jumping up and down....so I give her the options again. Nope! she wont' go. Another hour goes by...she is really suffering now and has to go SO bad! I took her up the hill to show her how she can pee there...she freaked out about peeing there and told me she would just wait until we got home. Poor kid! We finally left about 20 min later and amazingly, she did make it until we got home! She sure is stubborn, but I was sure proud of her for holding it! 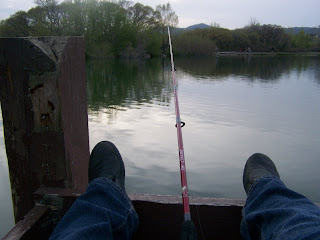 Love the pics! Thanks! Too bad my camera is in the shop and yours died before we got Sheridan's fish on camera. Great time! We really enjoyed it. THanks for coming!