A Thomas adventure..., but not really

I found out that Toys-R-Us was having a Thomas the train event. Preston is a HUGE Thomas fan and so is his cousin Cooper so we took Cooper along to see the big event. 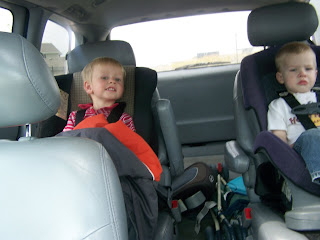 I made them hold hands in the parking lot...isn't that so cute?!?! 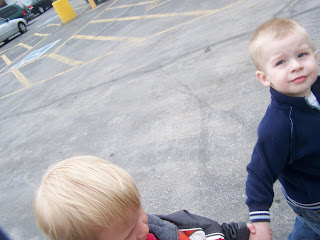 I forgot to get pictures of the Thomas event...which was fine...cause the "big" event was pretty much nothing at all. They were given a coloring paper, crayons, a paper conductors hat (which Preston broke 1 min after I gave it to him) and some Thomas trading card type things...and the girl "running" the event read them a happy birthday Thomas book. Thats it....snore...

After, we saw a ghostbusters car...Cooper was nice enough to pose for a picture. Preston wouldn't...what a surprise! 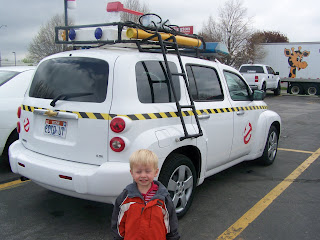 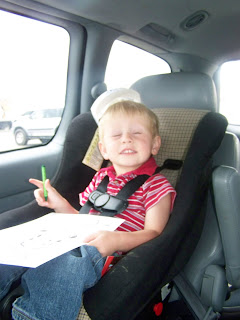 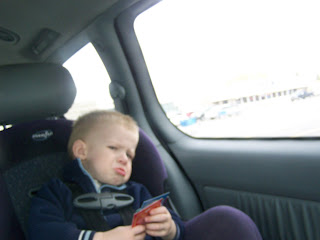 And then I got them ice cream and McDonalds 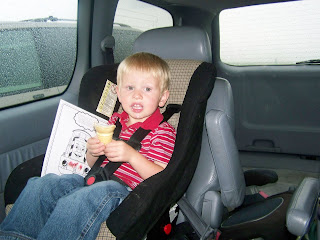 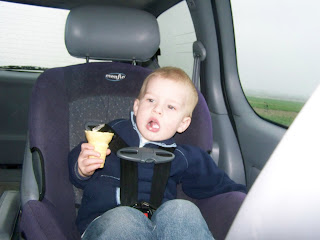 Even though the Thomas event was not fun, spending time with Cooper and Preston was so much fun! Those boys are going to have so much fun together as they grow up.
Posted by Nick and Meg at 10:35 PM