I bought Nick his TV over a year and a half ago. We never bought a wall mount for it because at the time the cheapest we found was a little over $100. I couldn't justify spending that when we had a perfectly good tv stand that it could stand on.

Recently I started looking on Craigslist and Ksl.com to see if there were any wall mounts for sale for under $20. I happened upon an ad that didn't have a price. When i called the guy, he told me that he bought it almost 2 years ago but never got around to putting it up and now is moving and doesn't want to take it with him. If I could be there in 20 min I could have it for free! I sent Nick to get it--he drives faster than me and he could make sure it had all the parts and would work for our TV. We got it!

I helped Nick over the weekend hang it on our wall. It was a lot easier that I thought it would be, but it still makes me nervous to have my TV just hanging... Nick is SO happy...lol...He's like a little kid when he gets something new. so cute! 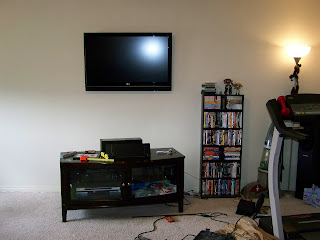 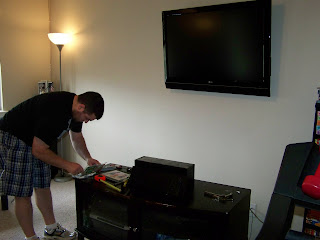 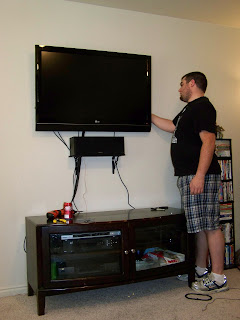 This is the end result...but next week Nick is going to drill holes in the wall behind the TV and again behind the TV stant to feed the wires through so they will be hidden from view...yay! I love it! 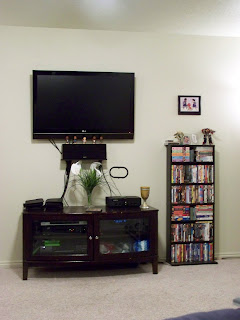 Nice!! It will be great for the reunion also! Yay!