We, once again, have a new HOA and this company is really cracking down on people not following policies, etc. The grass on our front lawn died--not our fault, we fertilized it, watered it, etc but it still died and we were gived a $100 fine for it and told we have until Aug 16 to get it green again or we'd get another fine! We were also told that we have until September 1 to get our rear yard in or we'd get a fine of $50/DAY until it's in! It's BULL #&*! if you ask me!

Nick and I decided that it's better to put the money in to getting everything done now, rather than have to spend that money on fines AND a yard later! So we buckled down, I made a lot of calls, we went shopping for parts and then started the fun task of figuring out what is wrong with our sprinkler system, where its leaking at, how many heads we needed to replace, and how to hook it all up to the automatic system so Nick doesn't ever have to get in the boxes in the ground again to turn it on and off. 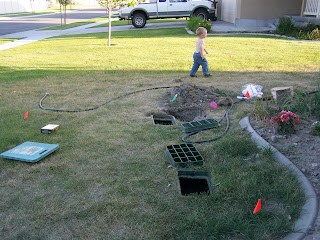 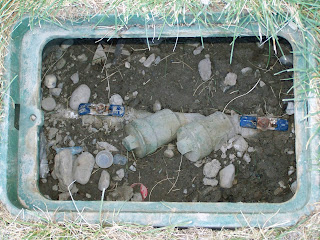 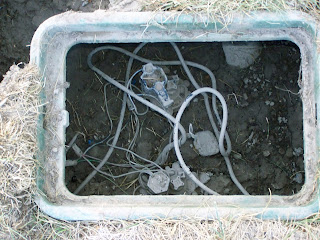 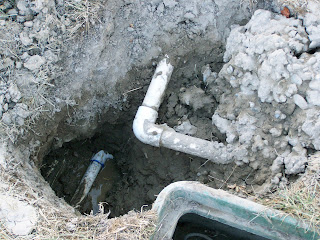 We asked Nick's dad to come and help him out so he'd know exactly what to do and exactly how to do it. Thank goodness for him...he has helped SO much!!! And we couldn't be more grateful! 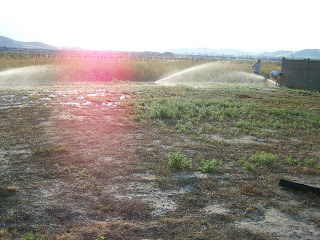 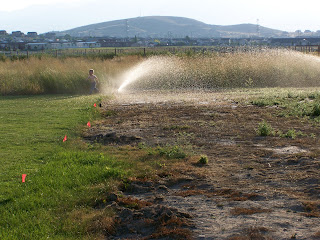 Working on the back sprinklers... 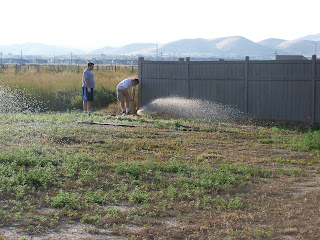 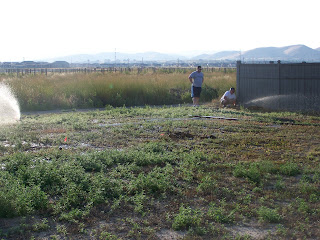 These sprinklers were top priority to get part 2 and part 3 of our yard project completed! They worked on it on Monday and Tuesday and got it all done! (Now we just need to hook it up to the auto-box in our garage) 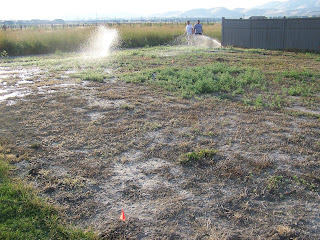 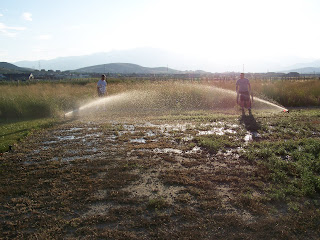 This one was broken--looked more like Mt. vesuvius rather than a sprinkler! But the boys got it fixed! :) 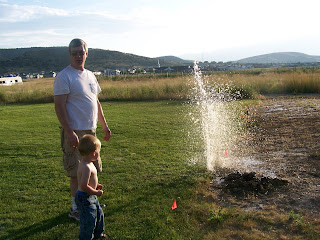 Here they are planning how to fix the front sprinklers now too...the pipes were cracked or broken or something...they are working on them again tonight. 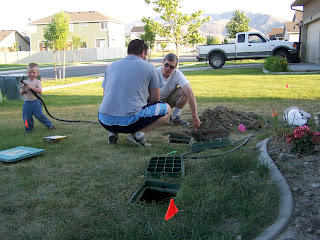 Preston loves to be outside...he loved spending time with daddy and grandpa. Look how rosey his cheeks are....it was pretty hot out! 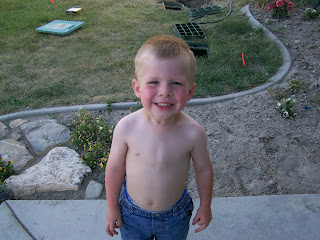 what a cute picture of preston. He looks all grown up. I miss you guys like crazy. it makes me want to cry

LOVE seeing the work on the yard! Can't wait to see part 3! Terrific. Love you guys.