Poor Preston was sick the other day and threw up a bunch of times. I think Easter candy was the
culprit, but I had a really nice time just lounging around with him, cuddling, and taking care of
him. He's at a great age now where he knows when he's going to throw up, warns me, and is just
such a sweet boy when he's sick. I also hurt my back the day before and it was hurting a lot that
day so it was a good excuse to sit on the couch and relax my back and try to get it all better. he
was totally better the same day, and no one else has gotten sick. Too much Easter candy. We've
limited his consumption of it since then. :-) 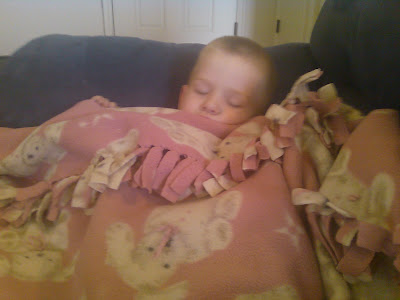