It's spring break for Ashleigh so I was trying to plan things here and there to do with the
kids--which was a complete waste since the kids wanted to stay home and play out side with
friends all week, but anyway--I was able to get them to go to Wheeler Farms in Midvale to see
the farm animals and milk some cows. We got there late and couldn't milk the cows, so instead we
just went from one pen to another and looked at all the animals there. I think this is the first time
Preston's ever seen any farm animals so it was great to get his reaction to them all. 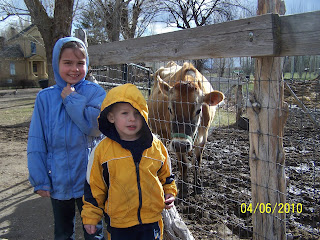 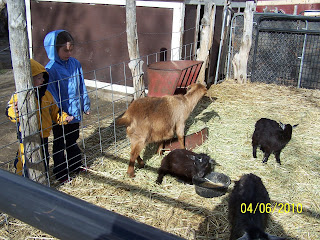 Then we saw the horses and the goats 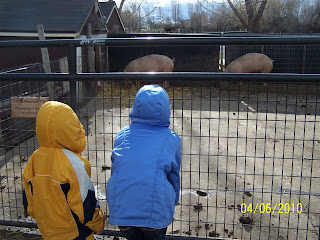 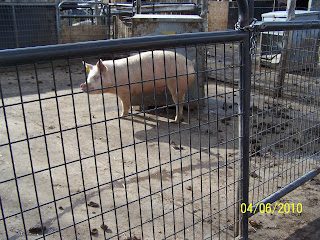 This one is peeing 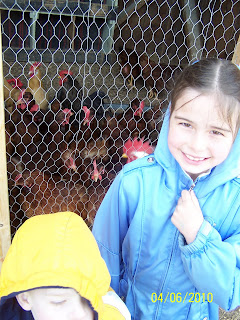 We also saw some chickens....it was definitely
mating season for the poultry animals...the chickens, geese,
ducks, turkeys, etc...I saw all of them mating. sheesh! Now
there's a life lesson for my kids, huh? 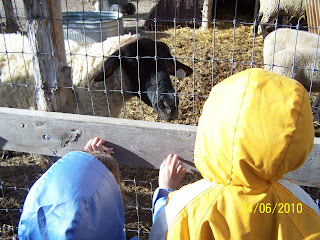 We liked the sheep a lot....when they made their
noise both kids jumped. It was hilarious! 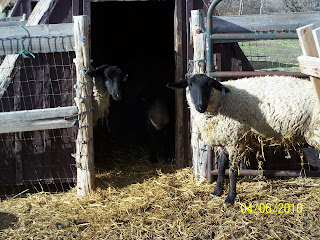 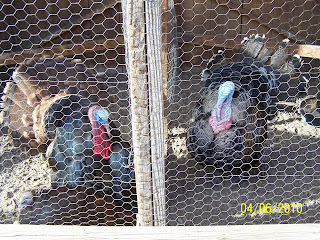 These turkeys were having "who's the better man"
challenges....they would walk back and forth and
occasionally loudly gobble at each other and move
their heads it was really quite entertaining! 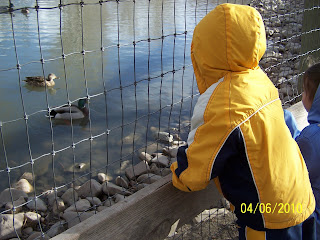 We liked watching the ducks and geese a lot! 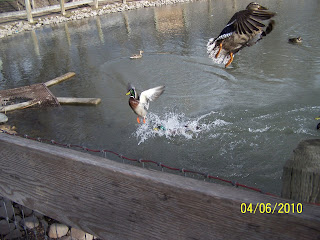 but the male ducks were so mean...they would
chase the females and the female would go flying
away from him. It happened over and over again! 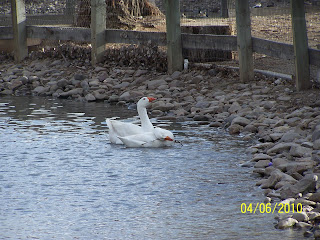 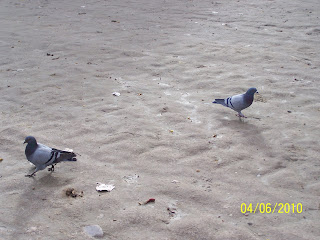 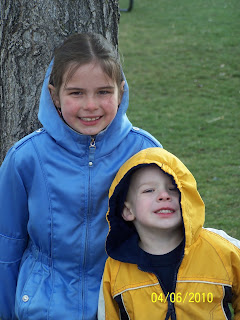 There's a beautiful park on the property so I took some
pictures of my kids. It was about 40 degrees outside and a
bit windy, so I didn't get great pics, but I still like them. 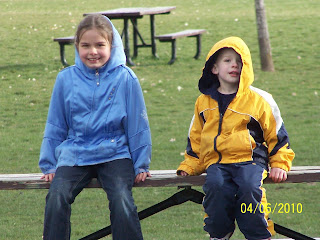 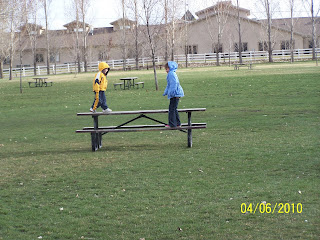 It's that turkey on the right that befriended B and then pecked at his nose/eye. B felt betrayed.