On Friday (last week) I had planned on taking my kids to the little carnival in our town. In the morning though, Ashleigh's friend Hailie came by and invited Ash to go with them--they had an extra wrist band for unlimited rides for the day. I was all to happy to let her go with them! I hoped that Preston would forget about the carnival, but at about 530pm he reminded me and so after dinner I took him. It was SO great just going with him and I. It was so easy and fun. I bought a specific amount of ticket, left my extra money at home and told him that once the tickets were gone, we were all done!

We rode the ferris wheel first--this was Preston's first time on a ferris wheel. He was very brave getting on, but once it started going, I could see the stress on his face. He held on as tight as he could to the safety bar and told me to keep my hand on his leg the whole time. I was happy to be his security blanket for the ride. This is our view from the top of the ferris wheel. 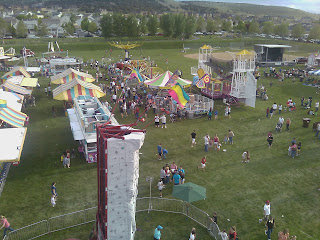 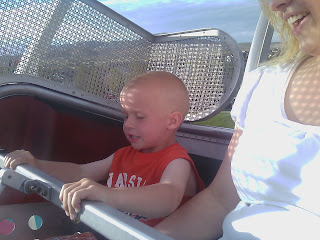 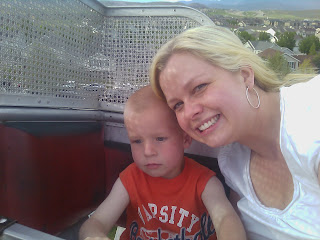 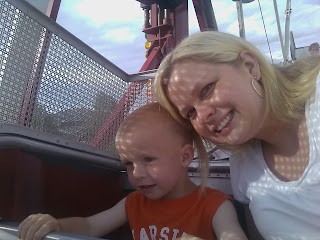 We also saw some of the kids' friends on the ferris wheel--up top on the left is Ashleigh's friend Jasna and below her is her brother Gregory. 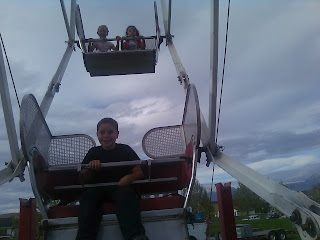 After the ferris wheel, we went on the carousel. I think Preston could have gone on it a few more times, but I steered his attention to another ride and off we went. 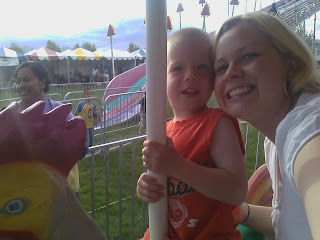 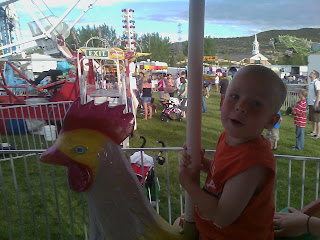 Later we ran in to Ashleigh and Hailie. They were having SO much fun!!! They were at the carnival for about 4 hours, came home for dinner and then went back for another 3 hours! 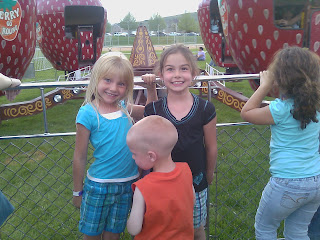 We also ran in to my friend Francel....she was taking her other kids on the rides. Preston latched on to his friend Natalia and they rode a couple rides together... 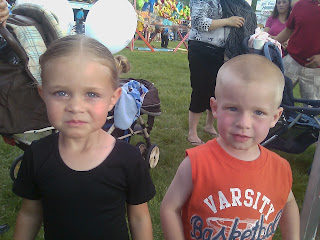 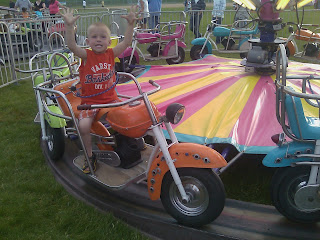 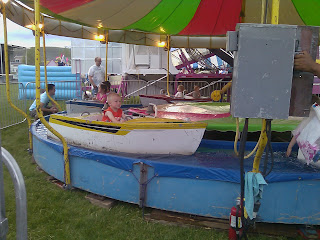 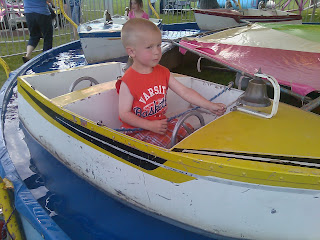 Preston and Natalia on the car ride. 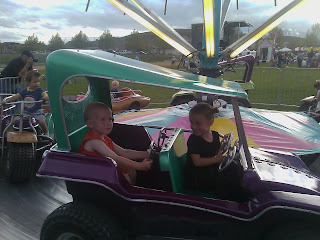 The last ride Preston wanted to go on was the bouncy house maze thing...but less than 10 seconds in it, he told me he had to pee, so we left the ride and found a port-o-potty. But, he was SO upset when I told him we didn't have any more tickets and they wouldn't let him back in the ride with out tickets. We had to go home. He was pretty upset, but honestly, I was ready to go. Overall though, I had a great time spending some one on one time with my little man and I can't wait until next year when we can do it again! :)
Posted by Nick and Meg at 10:44 PM