Nick's parents introduced us to a new game called Wahoo. We LOVE this game. It was popular in the early 1940's. It's an addicting game. yay!

It was really nice outside and there was a concert going on at the amphitheater near our house so we brought the game outside and played for a bit. (notice my HOT "new" car behind us?) Ya, it's GREAT!!!!! 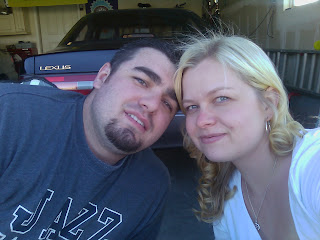 We also cut up some watermelon and enjoyed that outside too. :) I LOVE my guys! 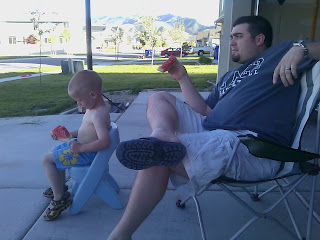 This is the Wahoo board. :) 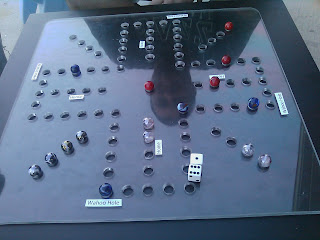 We also invited Nick's parents over to play it with us and enjoy the music. :-) it was a good night!!! :) 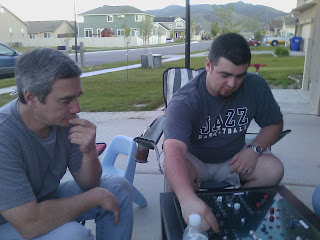 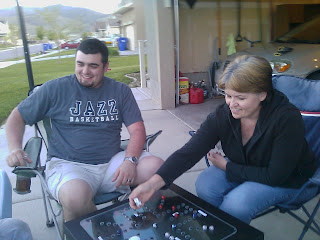