Father's day this year was SO great!!! (other than my allergies....) The kids quietly woke me up and we finished the last minute details and they helped me make Nick breakfast--french toast, eggs, and bacon. Then they went up and woke him up--gave him his crown that they decorated to wear and the tie that they made at summer camp. Doesn't he look great?!?! 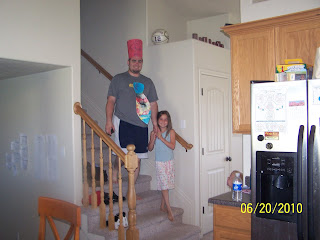 Then we all enjoyed breakfast together--myself included....I haven't been eating ANY sugars or starches the last couple of month, but it is a special occasion so I had 1/2 a piece of french toast. ;-) Breakfast was tasty! 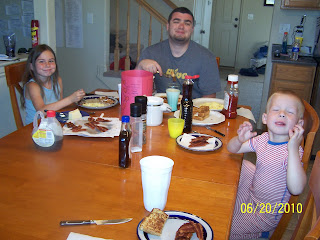 We made a banner for Nick. The kids and I wrote messages to him. I even wrote one on behalf of Christian. :-) 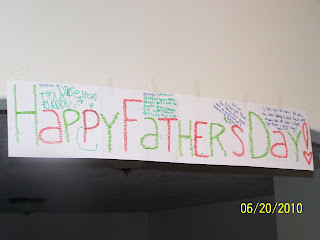 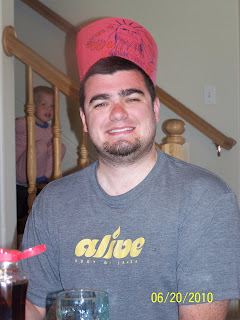 Then the kids escorted him to his throne--the green chair where we gave him his gifts.
I love this picture of my 3 favorite people!!! 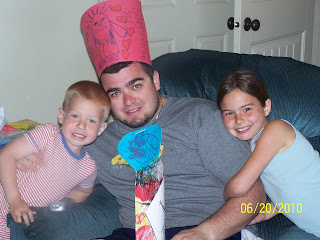 The kids gave him their cards they made at summer camp.
Preston's was blank inside. lol. 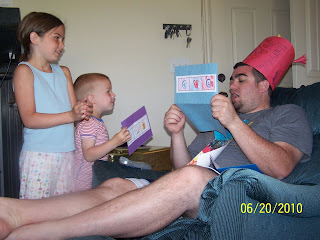 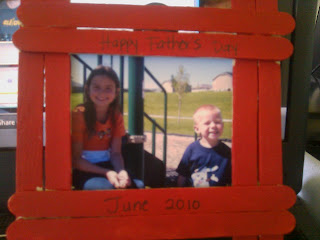 Then Nick opened my card....it was funny inside--it said: "Having you for my husband and our kids dad is like peeing in a pool....it makes me feel warm all over". HAHAHAHA :-) 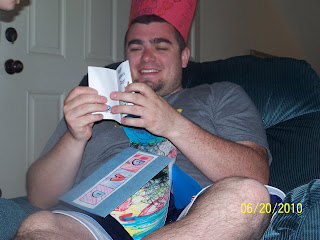 I got Nick a movie he likes but didn't own. He and I watched part of it later and I remembered why I am not a fan of the movie. But it's his day, so he gets what he wants! 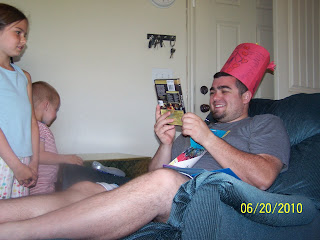 This gift he's trying to figure out whats inside before opening it..... 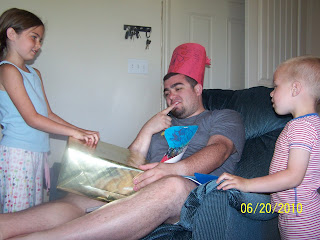 I got him a little table top gas grill. We had to leave our BIG grill in Vancouver when we moved to Utah and we've been with out one for 3 years....I HAD to get it! I miss steaks and burgers cooked on the grill! 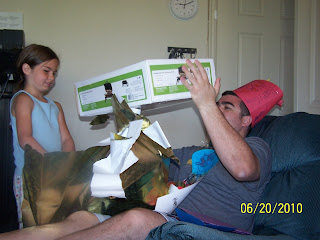 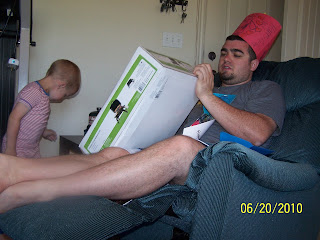 Here it is all assembled. Nick let me help assemble it. :) Isn't it cute? 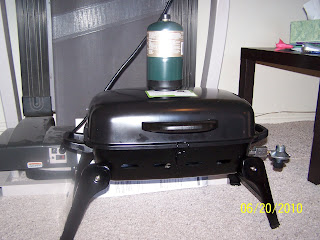 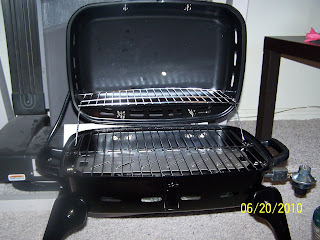 Later in the afternoon we took a trip to see my dad. Yes, driving 30 min IS a trip!
Here's Preston enjoying the ride in our new car. 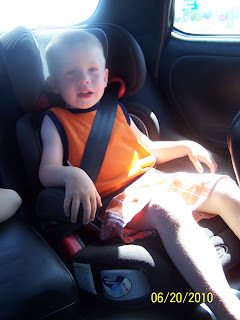 And Ashleigh.
she loved the fact that the middle part of the seat comes down and she used it as a pillow for most of the ride. 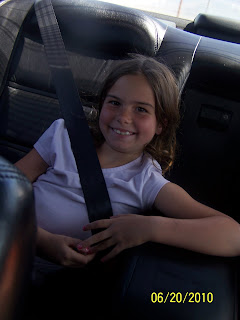 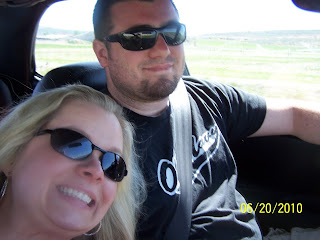 My mom got a group shot of us all. Tamsen was still over visiting when we arrived so it was really nice to see them too since we don't see them as often as we should!
L to R--Dad, Me, Preston, Braeden, Ethan, Tamsen, Ashleigh, Maura, and Nick. Mom's taking the picture. 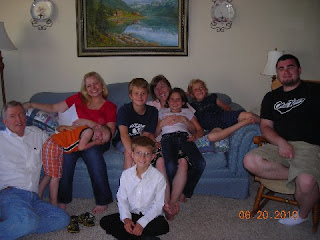 We also got a picture of Tamsen and me with our dad. The best dad ever!!! :) 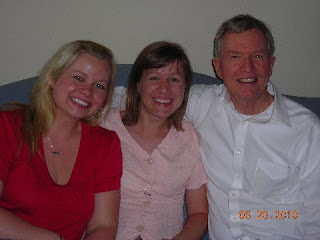 And then I wanted a picture with just me and my dad. Pretty good picture, if you ask me! 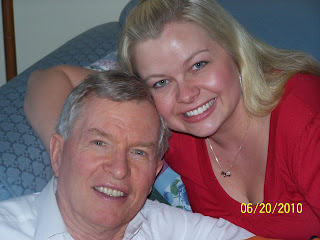 My mom got a picture of Ashleigh while she was waiting for their pizza to finish cooking. 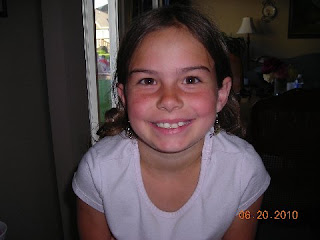 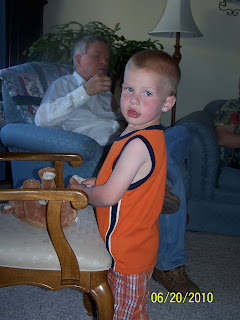 After we left my parents house, we stopped by Nick's parents house to see his dad too. I'm a slacker and only took 2 pictures, but Juli doesn't like me posting pictures of her on here, so I am just posting this great picture I got of Nick and his dad! :) They are both such great men and I am so proud to have their last name and be a part of their family! 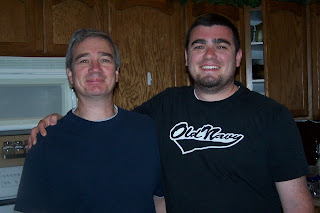 Then it was late so we went home and put the kids to bed. It was an awesome Father's day (from my perspective). I'm pretty sure Nick enjoyed it too!!!

I love you SO much, honey.
HAPPY FATHER's DAY!!!
Xoxoxxoxooxoxooxox0
Posted by Nick and Meg at 3:37 PM

Good job megs. Looks like a good fathers day for Nick. What movie did he get? I can't wait to see u guys.

I am loving the hat and tie, Nick sure knows how to pull that off. And the cheesy pic of the two of you is a good one!

We loved having you over to visit. (I'm glad I have a new computer and can actually SEE your blogspot now!!) Love you guys! mom