On Saturday (march 19) Nick went fishing with some buddies from work in Oregon. He loved it and says he's addicted to fishing now. I'm glad..and I'm excited to go with him once we move. 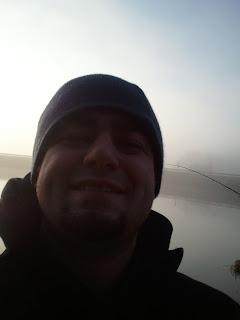 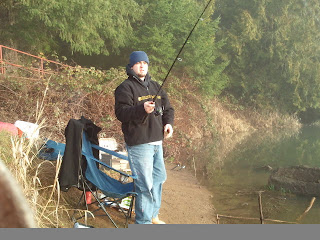 I watched Kev & Jana's kids on Saturday night. I swear, watching their kids is the easiest babysitting ever! Preston and Ashleigh are the same age as Teriesa and Cooper, and they play well with all the other cousins too so once we get there the kids all go play and I really don't see them at all the whole night. They ate Calzones, courtesy of Jana--YUM, and then went to the basement to watch movies. The only hard part was watching Tyler. he's such a little love, but still is pretty attached to Jana so once he realized that Jana wasn't going to be home anytime soon, he started fussing. Poor little guy. Nothing I did made him happy and he wasn't even satisfied with his big brother Sheridan after a bit. Finally he just wore himself out and fell asleep. 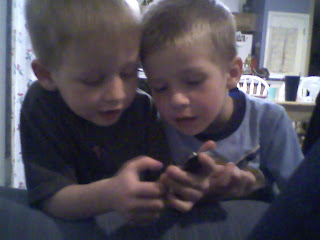 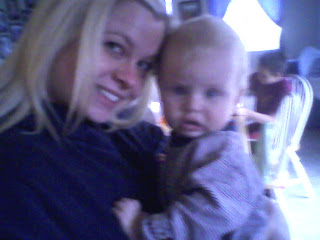 Smith's was having a good sale that I wanted to take advantage of so I braved taking the kids with me and had my list and coupons and we set out to get the groceries. While we were there Ash saw this play phone with ear piece that she really wanted. I told her we were sticking to our list today. the next morning she came to me, told me she had counted out some of her money in her piggy bank and could we please go back to Smiths so she could buy the phone. We went to go buy it. She was so excited and asked if this was HER toy or if she had to share it. I told her that whatever she buys with her own money is ALL her's and no one else can play with it with out her permission and no one can take it away from her. Her smile grew even more! :-) I forgot to get a picture of the phone, but here she is doing the self checkout...thought that was safer since she was paying in all dimes and nickles. :-) (I did put the $$ back in her piggy bank with out telling her) 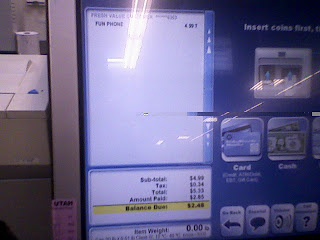 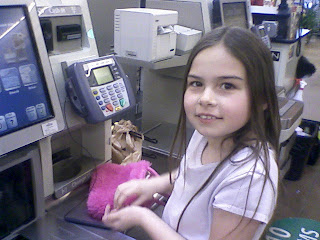 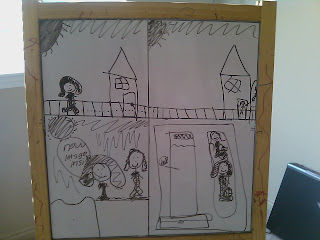