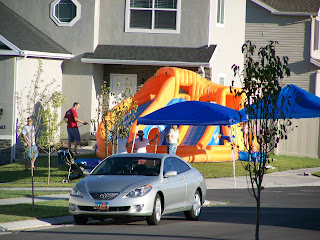 This is the scene at a neighbors house. Ash came home long enough to change in to her swimsuit and tell me that she is going swimming--I assume it's in a sprinkler, but when I went to go get her 4 hours later I saw that she had really been playing in this huge bouncy house water slide thing. There was another one set up just a couple houses down from this one so the kids could go from one to the other and the parents had blocked off the street so no cars could cross and possibly hit one of the kids. Ash is SO lucky to be a kid in this neighborhood! Even as an adult I really wanted to go play in it! *Jealous* A couple of days ago I took the kids to a fun place called JUMP on it. We've been there once before and I just love it! It only costs $4 for Ash to jump for an hour and Preston is free! It's got a really open viewing area for the parents so I really don't have to get up and monitor them much--I can see them from pretty much anywhere. The kids have SO much fun! If you live around here and have kids that are at least walking age, you should totally go. 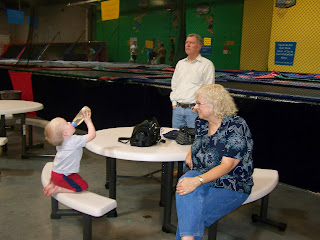 We also invited my parents to come along and watch. 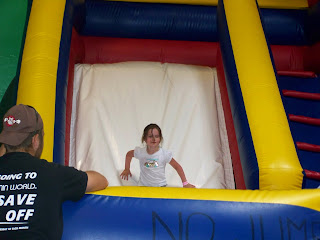 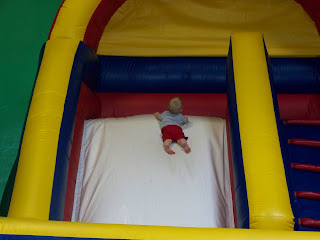 Darn, I just realized that I don't have any pictures of the actual trampolines that they jumped on...but I do have a video! :)