While I took Ash to her school to register, my mom and dad took Preston and met Jana and kids at a local playground. We met them there after registration.


Isn't this cute? That's Preston sitting down and Coopers arm around him. They are such cute friends....when they aren't hitting each other, that is. :) Boys will be boys! 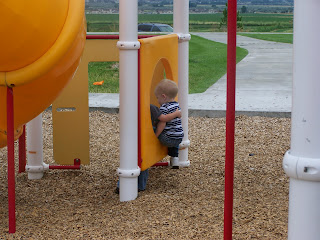 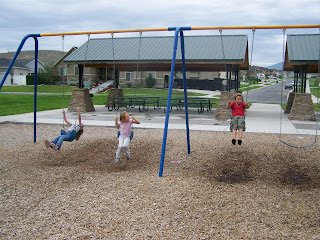 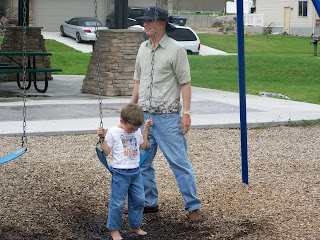 Jana and my mom holding Amelia 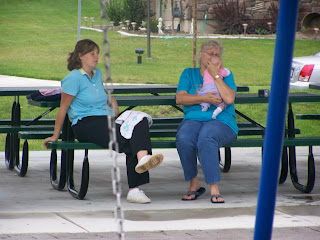 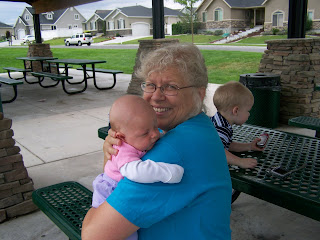 The little kids tried to roll down the hill, but Preston and Cooper didn't quite get it. It sure was cute to watch though. 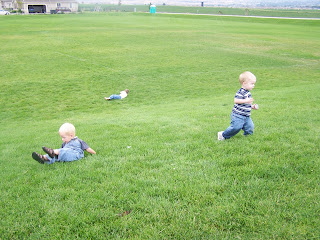 Can you tell Ash is upset in this picture? My parent's gave Sheridan his birthday card/treat and the other kids automatically assumed that he would be sharing his HUGE chocolate bar...No no no...that was NOT going to happen and Ashleigh was the only one who had a fit about it! Ugh. I told her on the way home...among other things...that it is Sheridan's birthday and it is HIS candy and she does NOT get to pout and cry about not getting any--it's HIS...he can share or NOT share if he wants to! The End....the pout shortly went away and she was her usual happy self once again. 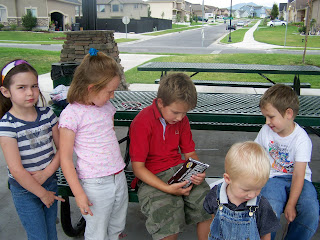