A little bit of randomness and silliness

I don't have anything interesting to post, so I thought I would just down load the pictures I've taken over the last few days and put a few of them up here.


Here is Preston using a paper towel to clean up the water he spilled-on purpose. 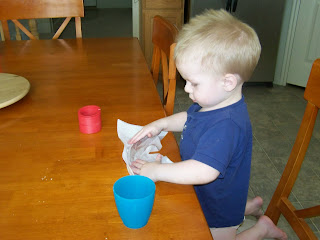 Here is Ashleigh with a couple of her friends--Jasna on the left and Veronica on the right. The three of them are together pretty much daily. 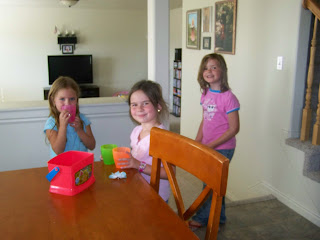 Nick's cousin Christopher moved in with us over the weekend...while they were unloading Chris's stuff they decided to take a break and watch some football... I think it will be interesting having these two together. 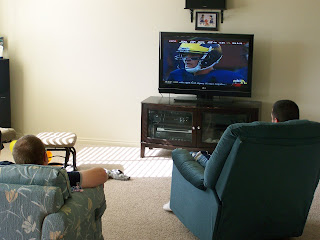 Preston got sick on Tuesday morning--I was on my way to a work meeting when Nick called me home to help him out. Thankfully, Preston only threw up 3 times and by the afternoon he was up and around and playing and trying to get some food. He sure looks sad here though.... I am just glad it didn't last and that no one else got sick too! 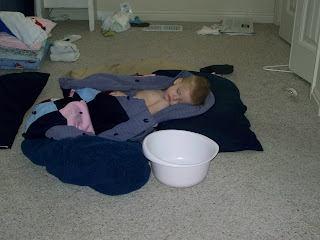 I am constantly being reminded by Nick to put my makeup away after I use it. I keep forgetting and today Preston got in to my makeup. My mascara, in particular, and colored his whole body with it...hair included (carpet too). I cleaned most of him off before it donned on me that I should take a picture for the blog. 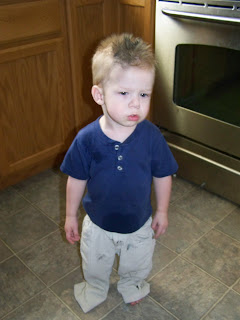 He is mad at me for scrubbing his head so much...the darn mascara just wouldn't come off easily! 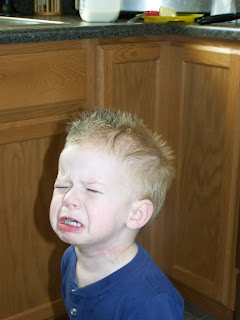 As most/all of you know, I like to take pictures of myself. I have been doing this since I can remember and actually have an album with pictures of ONLY me! How self-centered am I?!? Ha ha. Actually...it's only because I am the only one who uses the camera and since I am always behind it, there are never any pictures of me, so I take them of myself. 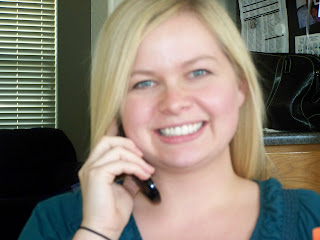 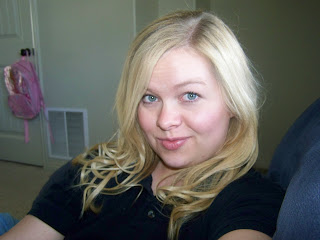 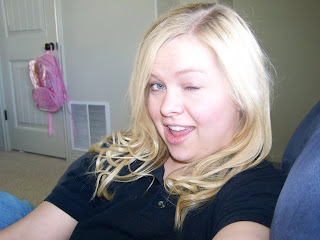 I decided I needed to take a couple pictures of my cute cute hubby too! He has really been my strength and my comfort lately...I love him SO much! 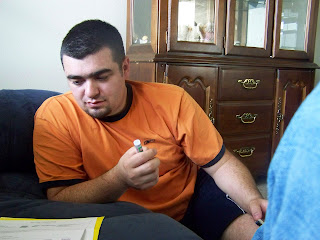 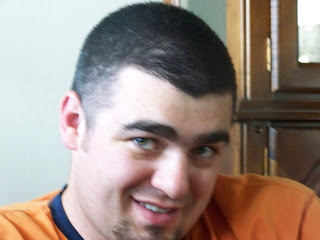 And then I had to get a couple of us together. Nick's so great to tolerate my strange behavior...we actually took about a dozen pictures... 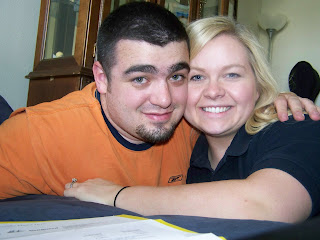 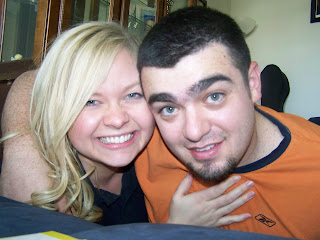 you are NOT a dork! Your adorable. I take picutes of myself because I have to. Who else would do it?

Wow, you got some VERY pretty pictures of yourself! Did you do something different with your hair? I love it!!