After Willow Park, we went home to regroup and some of us had a little nap. I fed Ashleigh and Brinley and helped them play Wahoo for a bit. 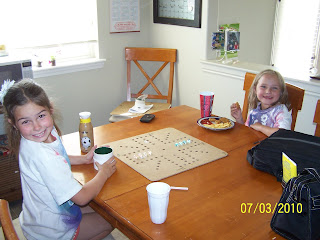 Then we decided to go to Thanksgiving point to see the fireworks instead of driving all the way to Sandy like was originally planned. We arrived a little after 8pm and found a good spot to set up our blankets. We had to try to find the rest of the family who had followed us, but decided to go a different direction and we lost them. Finally they arrived.... 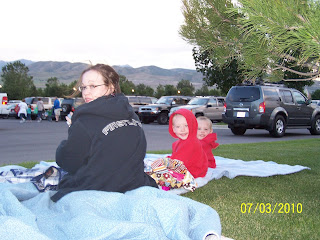 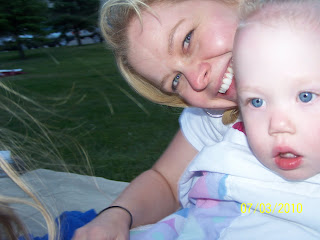 Ashleigh and Brinley
These two were inseparable the whole weekend. It was awesome!!!
(Brinley is actually Nick's cousin, but since Ash and Brin are so close in age, it's just easier to call them cousins instead. :-) 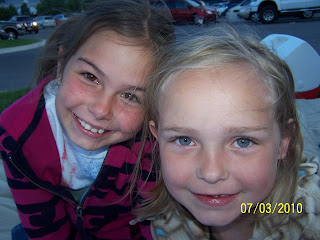 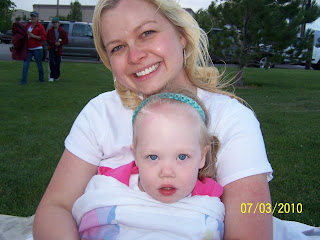 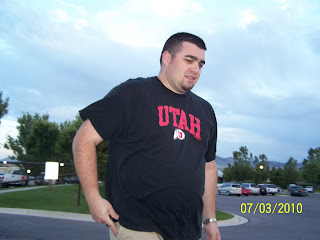 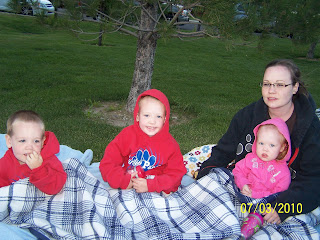 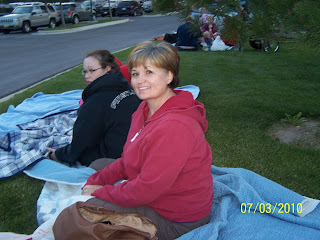 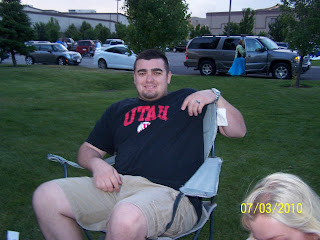 After the rest of the family arrived, they realized that there were parking spots MUCH closer to where we were sitting than they had parked, so Nick drove them to their cars, but he didn't want to give up his parking spot, so Juli sat herself right in his parking spot so no one else would take it. It was hilarious and awesome!!! 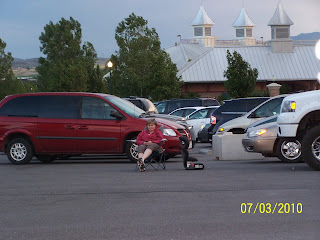 Our parking spot was like 30 feet from where we were sitting. Perfect! :-) 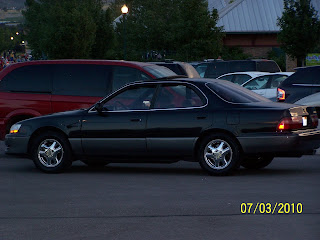 I got a bit of the sunset...so pretty! 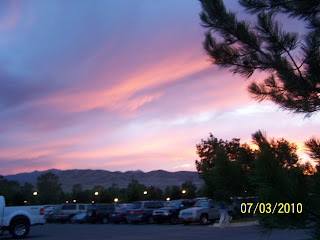 And some people sitting near us set off some fireworks while we waited for the big ones--the security guy came and made them stop. It was pretty while it lasted. 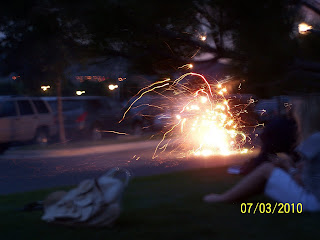 The fireworks finally started at 10pm and by 1015 they were done! It was really a bummer. A few would go off and then there would be a 30 second or more break until the next ones--then a longer break before the finale. The finale was cool, but couldn't have lasted longer than a minute or two....I was royally disappointed in them! Definitely not like past years....we could tell there was a budget cut! Annoying. We figured afterwards that there would be a traffic jam-which there was--it took us about 15 min to get out of our spot and drive less than 1/2 a block--the policeman who was supposed to be directing traffic wasn't...he was just standing there....rude! We all made it home safely and had a good night sleep. :-) It was a long but FUN day!!!
Posted by Nick and Meg at 3:38 PM

Did you know that the Ballards and Boleys were also at the T'Giving point fireworks? Love you.