On Sunday we went to the Call's for dinner. Betsie made us all homemade Cafe Rio. YUM!!!! Nick's Aunt Ami, uncle Dan, and cousin Jessie joined us too! It was great catching up with them and playing some fun games. We played Wahoo, of course!!! :-) 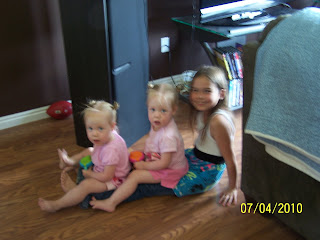 Josh and Betsie
getting some pork barbacoa
YUM! 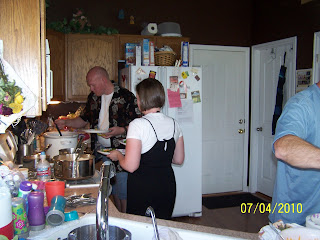 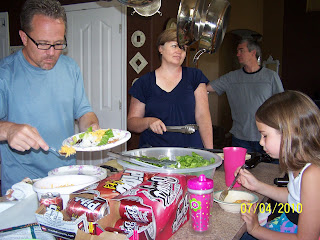 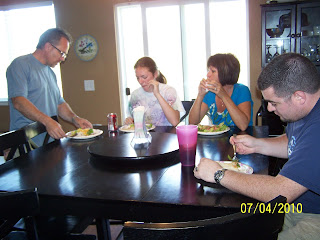 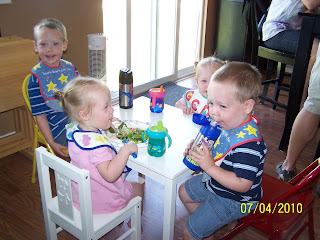 I did Ashleigh's hair too... 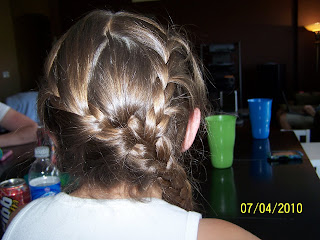 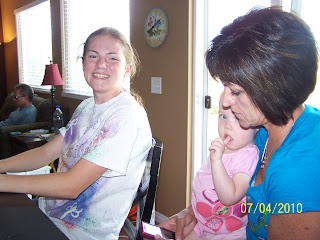 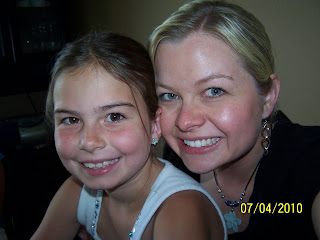 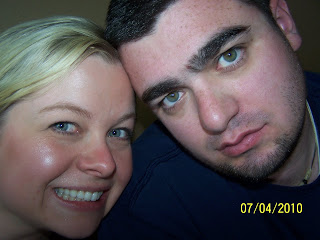 Jennidee wasn't feeling quite herself and attached herself to Nick
(This morning she woke up with a 105.2 temp so Betsie took her to the hospital. She has the beginning stages of pneumonia-after a big shot in her leg and some Rx's, she's starting to feel better. Poor little girl!) 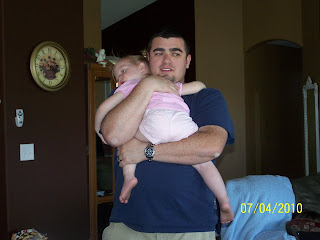 While we played Wahoo, the men bonded. lol. :-) 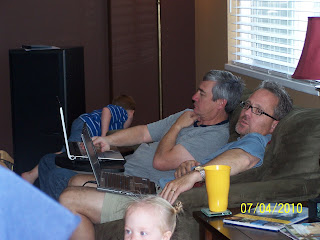