A few weeks ago we decided to try to organize a trip with some of our family and friends to the very scary Haunted Forest in American Fork. I was able to get the night off of work so it was all set. Unfortunately, a few of the people we invited didn't come--and we missed them, but those who did come had SO much fun!!!!!!!!!!!!!!

Here is Nick and I before going in...waiting for everyone to arrive. Excited and not at all scared! 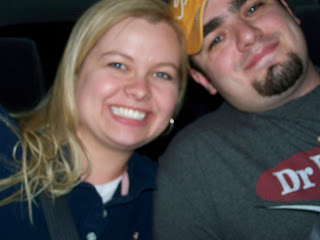 Corey and Conner came, but they did not go through the haunted forest. I was really disappointed to see how many people brought their little kids with them. I think this is way too scary for anyone under 16. 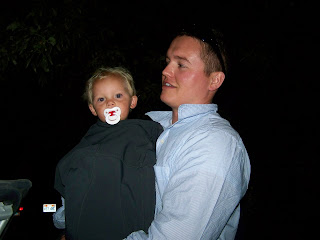 Randy chit-chatting before we go in. We were especially excited that Randy and Juli came too! 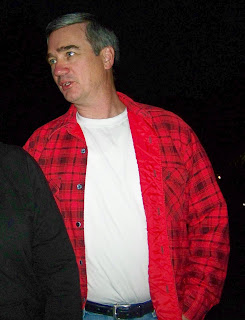 There were fun things to look at while we stood in the LONG line...Capt'n Jack Sparrow was there on his boat, there was a hears (sp?), a big trampoline that people could jump on for only $3, and they had a big movie screen with different music scenes shown on it-from the Rocky Horror Picture Show, a huge Castle front where we go in to the rest of the forest, and this... 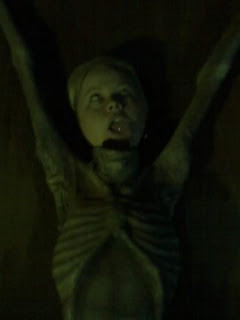 Stick your head through the hole and someone can take your picture. I didn't take my camera in for fear of breaking it, but nick took these with his phone. Pretty creapy/scary if you ask me. That's me above and Rachel below. 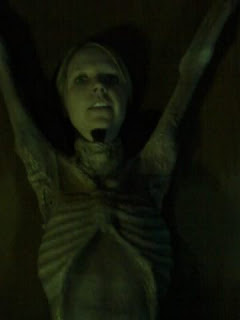 Here we are after! It was scary and sometimes unpredictable, and dangerous, and gross, but overall it was SO MUCH FUN!!! Thanks so much to all who came and enjoyed the with us! 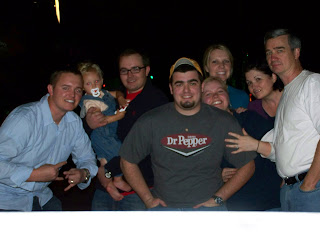 After, we went to eat at JC W's (Is that what its called?) Amazing burgers, fries, and shakes/malts! 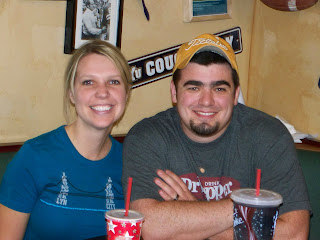 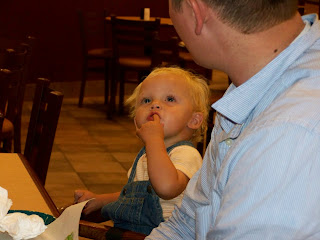 My huge banana Malt--a tribute to my dad. It was SOOO good!!! 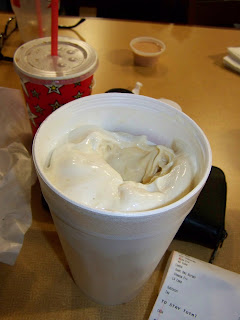 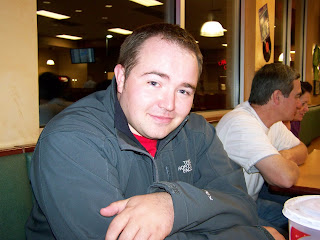 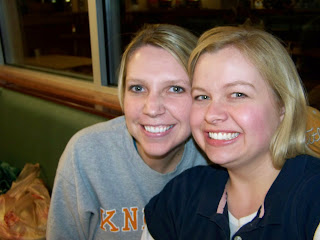 Me, Rachel, and Nick 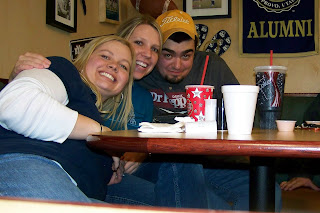 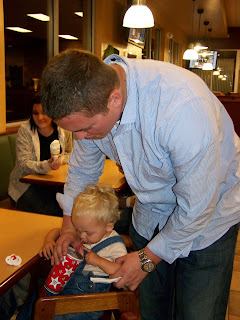 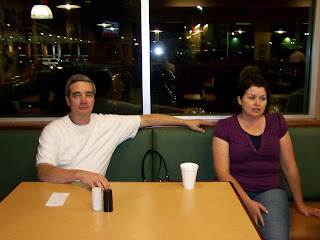 This is a bad attempt at trying to put the camera on timer and have it take our picture..I cut off Christopher and Rachel, and Nick is eating...oh-well. 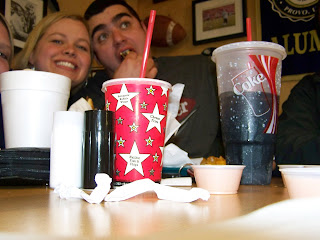 This was awesome and SO fun and I'm so glad we were all able to go! Next up...the Cornbelly maze at Thanksgiving point....who's up for it??? :)
Posted by Nick and Meg at 1:57 PM