after we hiked the Y we went to Payson lake. It was really high elevation there and it took quite a while to get there, but the drive, plus being at the lake was really fun!

Preston and Cooper found that it was really fun to throw rocks in to the water. 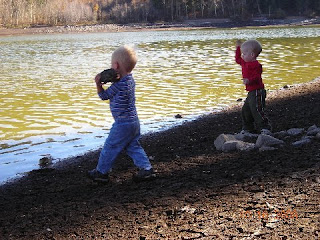 After a bit we had to tell them to move away from those who were fishing so they didn't scare away the fish with their rocks. 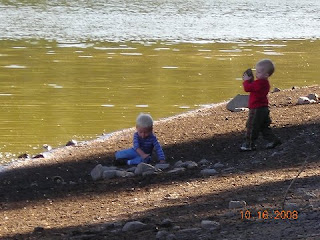 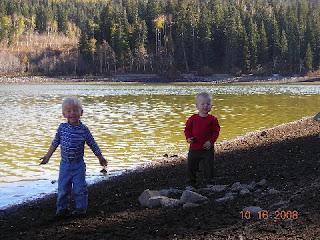 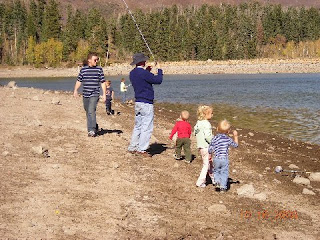 My brother kevin fishing. He's allergic to fish so he can't touch them or eat them...and the smell can cause a bad reactions too, but he's perfectly happy to just hold the pole and fish. 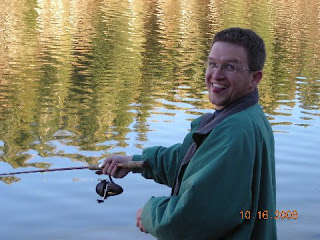 Kevin's son Sheridan holding up the fish he caught 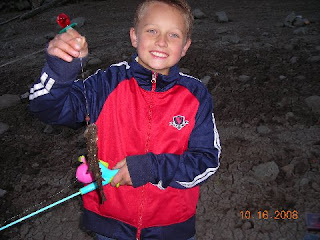 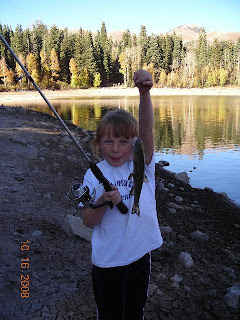 And so did Tamsen's son Braeden. I think other's caught some fish too, but we didn't get a picture of it. 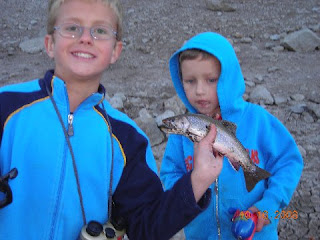 I left before everyone else with Tamsen-who wasn't feeling well-and Maura. I got home just after Nick did from work. Everyone else stayed until well past dark. It was a lot of fun!
Posted by Nick and Meg at 1:10 PM

We had so much fun fishing. Last pic was Nathan's fish - Braeden was holding it for him. :-) Love, mom