It's amazing what having a "routine" does to little kids. We just recently started being consistent having scriptures and prayer together as a family. Preston was pretty disruptive for the first 2 nights, but after that he became really excited about doing it and even folds his arms and closes his eyes during the whole prayer, and occasionally says his own prayer while we are saying ours. It's so cute! His enthusiasm alone is enough to keep us going on this good path as a family. 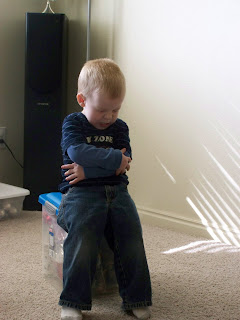 Keep it up! That's great!