For Ashleigh's birthday my parents took her out on a date to dinner (IHOP) and to Wal-mart to pick out her present. She picked out a kids digital camera. She LOVES it and takes pictures all over the house--usually of furniture, and an entire episode of Spongebob. ha ha. It's a very fun little "toy" for her. And she had so much fun with my parents! :) 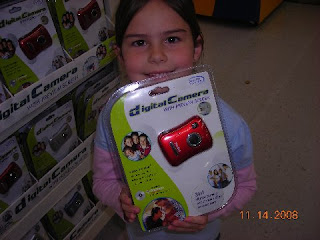 My mom took this picture at Ashleigh's birthday party.
Preston with his two grandpa's. Who do you think P looks most like??? 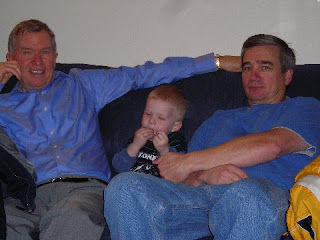 Preston fell asleep on the floor-again-while watching a movie. He's so funny. He has his coat on because we were getting ready to leave and he fell asleep while I was putting my shoes on. *sigh* 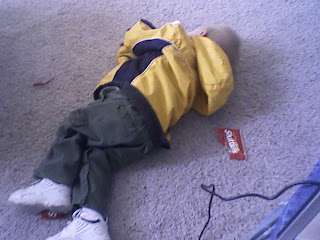 I had to go run a few errands the other day. At one of our stops there was this rock/water feature. The kids played on it for a bit and then posed for some pictures. I LOVE when they are both in a good mood. 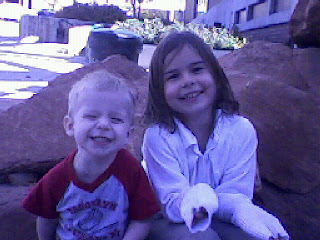 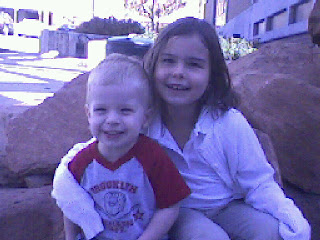 Ash was SO good getting her present! Glad she enjoys it. Cute photos, Meg! Love,mom

Ooh, I may steal the digital camera idea for a present! Cute pictures. Preston looks so much older!